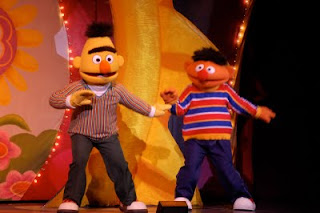 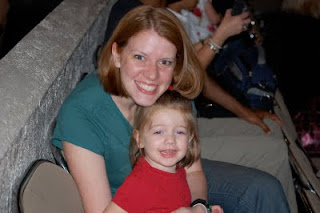 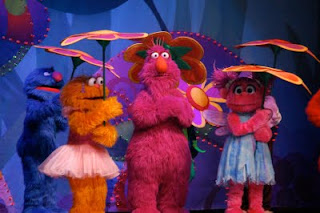 Better late than never!! So, on September 8, 2009, we took Kati Ann on a very special outing to the Von Braun Center in Huntsville. As Kati Ann said, we went to "Elmo's house." We thought it was precious to find out that Elmo lived at the Von Braun Center. We actually attended Sesame Street Live. We had to really prepare for this event because it didn't actually start until 7p.m. Well, for a two year old we're quickly approaching bedtime at 7p.m. So, Kati Ann took a late nap that day and did great! We had so much fun watching Elmo & his friends dance.